A Girl Potato and Boy Potato had eyes for each other, finally they got married, and had a little sweet potato, which they called ‘Yam’.

Of course, they wanted the best for Yam so when it was time, they told her about the facts of life. They warned her about going out and getting half-baked, so she wouldn’t get accidentally mashed, and get a bad name for herself like ‘Hot Potato’.

Yam said not to worry, no Spud would get her  into the sack and make a rotten potato out of her! But on the other hand she wouldn’t stay home and become a Couch Potato either. She would eat properly so as not  to be skinny like her Shoestring Cousins. 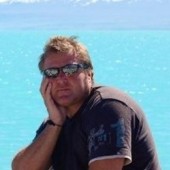